Decidim and the city of Helsinki 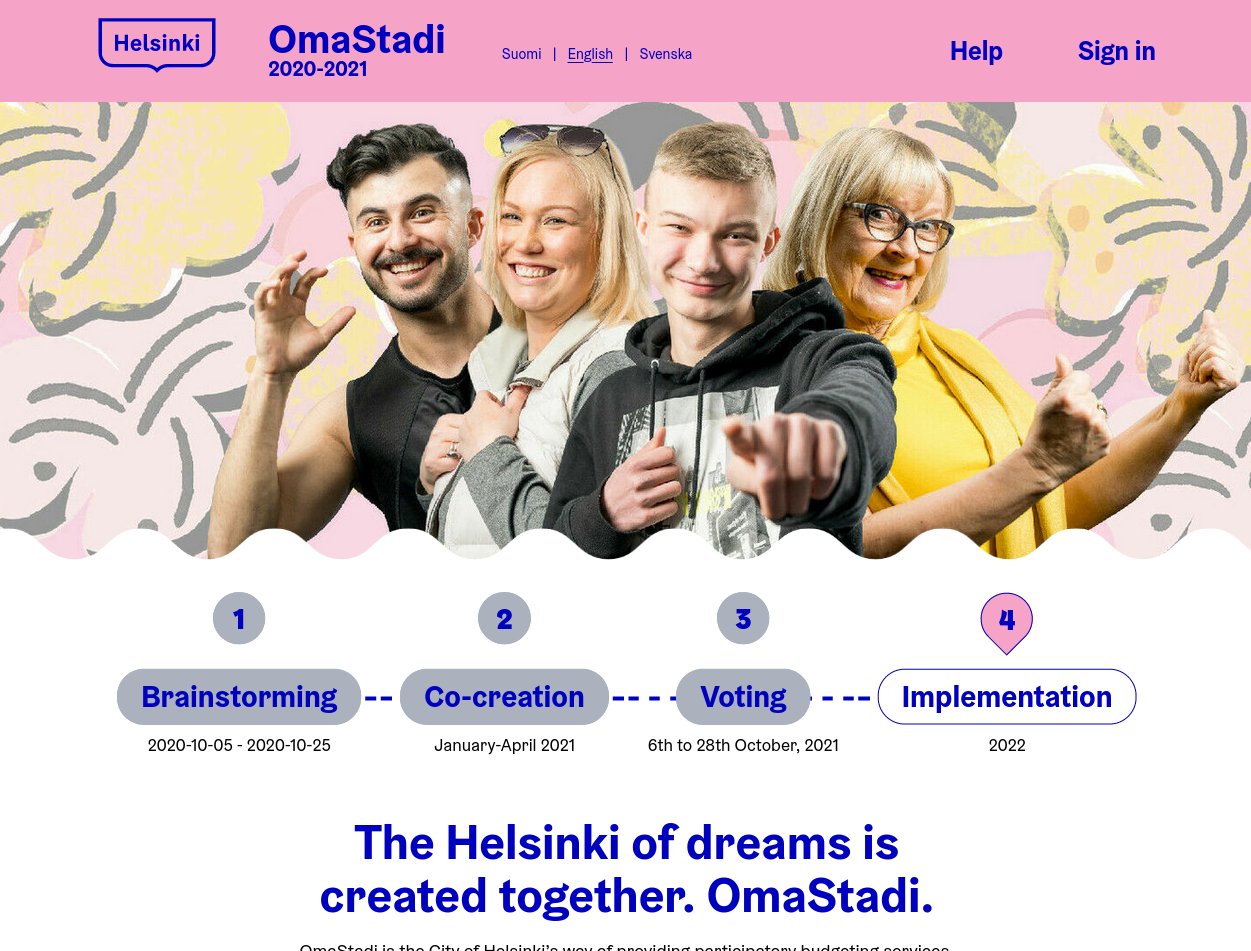 In 2017 City Council of Helsinki decided that participatory budgeting would be one of the tools for residents' participation. We evaluated seven different kinds of participatory budgeting options to find the right platform to support Helsinki's process with an easy to use interface and required modularity for different kinds of needs. Decidim won the evaluation and first instances were built in 2018. Modularity was the requirement that cemented Decidim's first place in the evaluation.

What we appreciate in Helsinki is that Decidim is built with democracy in mind and therefore democracy is a big focus. Democratic principles such as accountability, equality and transparency are in the core of the design.

Over the years we've done a lot of development to make sure that the city's participatory budgeting OmaStadi serves our processes as inclusively as possible with different devices so that everyone can be involved.

Helsinki has made various improvements to the Decidim core as well as built around 20 modules and integrations to support the local needs and to improve the process for various stakeholders involved in it. We have also greatly invested in the local redesign of the platform to improve the end-user experience and simplify the platform for all types of citizens through interviews, prototyping, user testing and accessibility evaluation.

Helsinki's experiences with Decidim have inspired other cities and towns in Finland to use Decidim as well in their participatory processes.